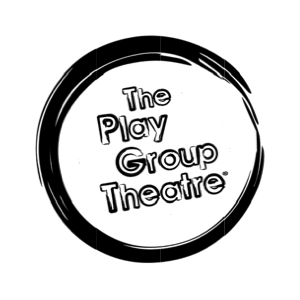 Let's get it started

Building Westchester's Theater for Children and Teens - A Labor of Love

We love to tell

The founding of PGT

A nostalgic look at the inspiration behind The Play Group Theatre and the journey to becoming Westchester's Theater for Children and Teens. 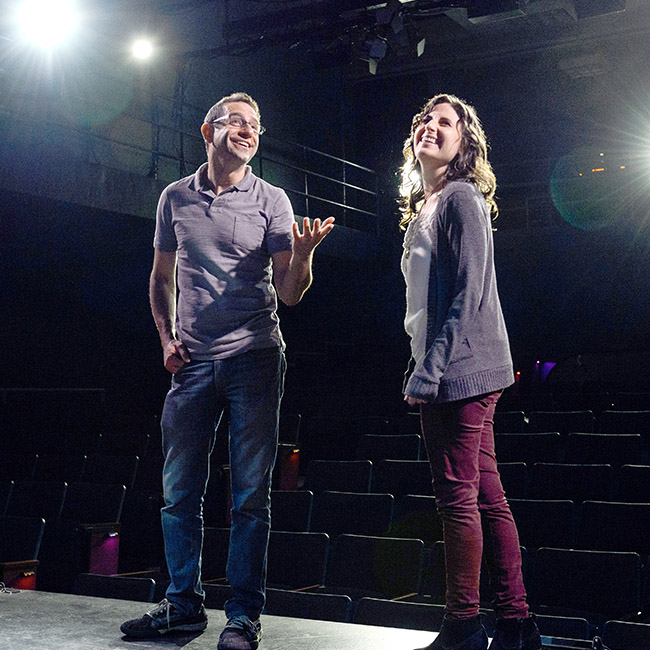 The year was 1986. A local teen production of Guys and Dolls brought together Jill (then 15) and Steven (then 17). They fell in love - with each other and the theatre! And the path was paved to the creation of The Play Group Theatre.

After college - Jill at NYU Tisch School of the Arts, where she studied acting and directing, and Steven at Binghamton University, where he studied fine art and set design - the newlyweds settled into a little apartment in downtown NYC, and began dreaming of the children’s theatre they would one day open. In a spontaneous, young and, some might say, naive burst of inspiration, they decided to start their dream theatre without another moment of hesitation. They didn’t know any students, and they didn’t even know where their theatre would be, but they were grabbed by the idea of creating a warm and nurturing, yet challenging and creatively charged environment where kids could have an authentic and joyful arts experience - and they could not shake this idea loose. So, they did it. Our Story Continues >>

The year was 1995. A group of 45 children and teenagers came together for the first production of The Play Group Theatre. It ran to sold-out audiences at the North Castle Public Library Theatre. Finding rehearsal space in local school classrooms (and sometimes their own living room!), Jill and Steven and a group of pioneering parents and their kids embarked on the creation of a full production calendar, multiple classes, and a school residency program. Sets were built in parents' garages and driveways. Costumes were sewn by volunteer moms (including Jill’s!). A board of trustees was formed and the governance of this small non-profit was set in motion. Jill and Steven found day jobs in local pre-schools, where they taught and drove a bus! When their pre-school day ended, their PGT day began and they would teach, direct, choreograph, set design, and squeeze in a few phone calls and budget meetings.

Over fifteen years, The Play Group Theatre (PGT, as the first cohort of students dubbed it - and as it still known today) rented just about every theatre in the county, presenting nearly 150 shows from Irvington Town Hall Theatre to the Purchase PAC to Portchester’s Capitol Theatre. PGT Summer Theatre, a summer intensive for all ages, started with just twenty-two students in 1998, and grew to over one hundred and twenty students. Steven and Jill left their day jobs and devoted full-time to PGT (and parenthood! Enter: Aviva and Ilana!) and were joined by a team of Teaching Artists who also directed, choreographed, designed and music directed. A rehearsal studio facility was finally rented where PGT had 3 studios and offices to work from, providing a bit of an anchor as shows were loaded and unloaded across the county. PGT graduated groups of kids each year, who went on to amazing colleges, universities and conservatories…..and, ultimately, even more amazing careers in education, non-profit management, law, public health, entrepreneurship, finance, and of course, the arts.

The year was 2010. After a long, exhaustive search riddled with several disappointments along the way, Jill and Steven, the board of trustees, parents, alumni, students, staff and friends cut the ribbon on PGT’s beautiful, state-of-the-art theatre complex. The construction took only four months to turn the former NY Sports Club into PGT’s dream come true. It was a true “barn-raising” with every member of the PGT community picking up a paintbrush, screwdriver, or mop. Seats were installed, curtains were hung, lights were rigged - and everyone took part. The ribbon cutting was a glorious celebration of PGT’s past and future, and the true power of community.

With two theatres, scene and costume shops, rehearsal studios, offices, and a beautiful lobby with floor to ceiling windows, PGT’s home at One North Broadway has provided the opportunity for a new chapter, filled with innovative new programming, partnerships with local agencies, a robust scholarship program, and a future in which PGT can keep growing.

The Play Group Theatre (PGT) is a nonprofit, educational theatre organization dedicated to providing process-oriented theatre training and diverse performance opportunities to children and teenagers, regardless of financial means. Through classes, school residencies, technical internships, a full summer program and a varied and continual performance calendar, PGT strives to enable students to develop collaborative and communication skills, artistry, self-esteem, love of theatre and a dedication to the community as a whole.

Our work is focused entirely on the love of the craft and the life lessons that are a natural result of a healthy and non-competitive creative process. See the building blocks to PGT's unique artistic and educational philosophy...

The PGT community is a fun and friendly family of students, staff, parents and alumni. Anyone passing through One No. Broadway finds themself welcomed into the net of open arms and is suddenly in it for life.

Our Statement on Diversity and Inclusion

The Play Group Theatre has a core value of inclusion among students, staff, and audience alike. We recognize the true value that diversity serves in making our society thrive, and believe that only with a truly diverse arts community can we fully engage students and audiences, make meaningful art, and reflect the broad range of cultures within our wider community, both on stage and off. The Play Group Theatre is committed to building an anti-racist, gender-inclusive community. We are committed to sustaining a diverse, inclusive, and equitable space where everyone who walks through the PGT doors feels valued and respected regardless of race, age, gender, gender identity, sexual orientation, ethnicity, national origin, or ability. We are committed to building a stronger theater by ensuring that all voices have an opportunity to be heard and that The Play Group Theatre is always a safe environment to share ideas.

Get the Inside Scoop on PGT

Find out more about The Play Group Theatre in the fun and insightful PGT Blog! Take a stroll down memory lane with students, share inspiring thoughts with PGT staff and discover what local publications have to say about PGT's impact on the community. Enjoy this ongoing collection of newsclips, stories and videos...

But really it's their story...

Now that The Play Group Theatre is a wide spread community, decades in the making, the PGT story is mostly told in the words of our Students, our Alumni, our Parents, and Audiences. Their experiences are the true story of PGT. Here are just a few words that community members have taken the time to share with us...

"It’s almost impossible to express the gratitude I feel towards you for the beautiful gift of PGT. You’re making the kinds of people I want to be with, the kind who make the world a kinder and more beautiful place. The kind who appreciate the world around them, the miracles it has to offer, the differences to be celebrated, the obstacles to overcome, and they’re inspired to be the very best versions of themselves." Read full letter >>

"I can never thank you enough, PGT - for helping me find myself"
Sam Schmaier
PGT Alum

"You have created a real, true community in the best sense of that often overused word... and we are incredibly proud and happy to be a part of it."
David Sass
PGT Parent

"At the end of the last show, Amira was crying because she couldn't see it again.... AND SO WAS I"
Grampa Lenny
PGT Fan

After witnessing what your alum and current students proved up on that stage tonight, it was very clear your impact has no boundaries.

How can I even thank you and Steve with simple little words? It’s almost impossible to express the gratitude I feel towards you for the beautiful gift of PGT. You're making the kinds of people I want to be with, the kind who make the world a kinder and more beautiful place. The kind who appreciate the world around them, the miracles it has to offer, the differences to be celebrated, the obstacles to overcome, and they're inspired to be the very best versions of themselves. And it's in large part because of YOU! You've helped them recognize their talents and want, no demand, MORE! And that my Aidan is a recipient of yours and Steve’s vision leaves me speechless with gratitude. You are the Jewish mother every kid should have the honor of being influenced by. I want you to be mine!!!

This gem of a place is getting better every year and I am so excited for you and these phenomenal kids!

We take you back in time to the early days of the internet when fear of computer systems crashing at Y2K loomed large. Steven said, "every credible business needs a website," so, of course, he sat down with a book, taught himself HTML and built PGT's first website. Enjoy this stroll down memory lane and stroll through the first theater Steven built for PGT (albeit virtually!)

Preparing Kids for Every Stage in Life SM